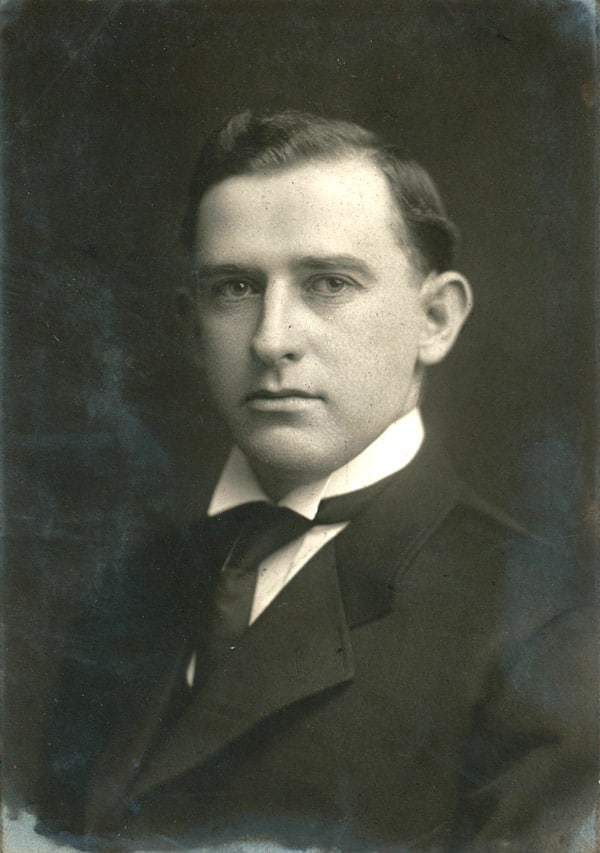 By The Educator Staff, written in 1955

It is with saddened hearts and a realization of an irreparable loss that we learned of the recent death of our friend, Willis A. Baird, the master engrosser and illuminator of Brooklyn, New York. He died August 10, 1954.

We met him for the first time in 1907 when he enrolled in the Zanerian College, where we studied and worked together. He was a leader among the boys who admired him for his ability and fine character. It was an inspiration to watch him work.

Few men have had the training and close association with leading engrossers and illuminators of the entire profession. Mr. Baird’s Engrosser’s Script writing, early in his career, reached a degree of perfection and beauty equalled by no other penman — he was the king of script writers.

As an all-round engrosser and illuminator, his masterful, accurate work earned for him a position ranking with the work of the all time great masters.

From the Zanerian, Mr. Baird went to New York City to work as an engrosser. His work titrated the attention of that lovable and great penman and engrosser, W. E. Dennis, who persuaded him to join the Dennis Studio. The result was the development of the Dennis and Baird Studio and a long and close friendship. After Mr. Dennis’s Death, Mr. Baird continued the studio which grew in fame.

Willis A. Baird, above all, was a gentleman, always willing to help others. The profession has suffered a tremendous loss but his work will live on to influence future generations.

Funeral services for Willis A. Baird, 71, president of the engrossing firm of Dennis & Baird, Brooklyn, will be held at 8 p.m. tomorrow at the Clavin Funeral Home, 7722 4th Ave. Burial will be in Maple Grove Cemetery, Cadilac (sic), Mich.

He was formerly associated with the late Arthur L Frank and earlier with the late W. E. Dennis in the operation of the engrossing firm here. At one time he worked as an Engrosser in Chicago.

Before moving to the 95th St. Address Mr. Baird resided for many years at 340 83d (sic) St. He was a former member of the Rotary Club.