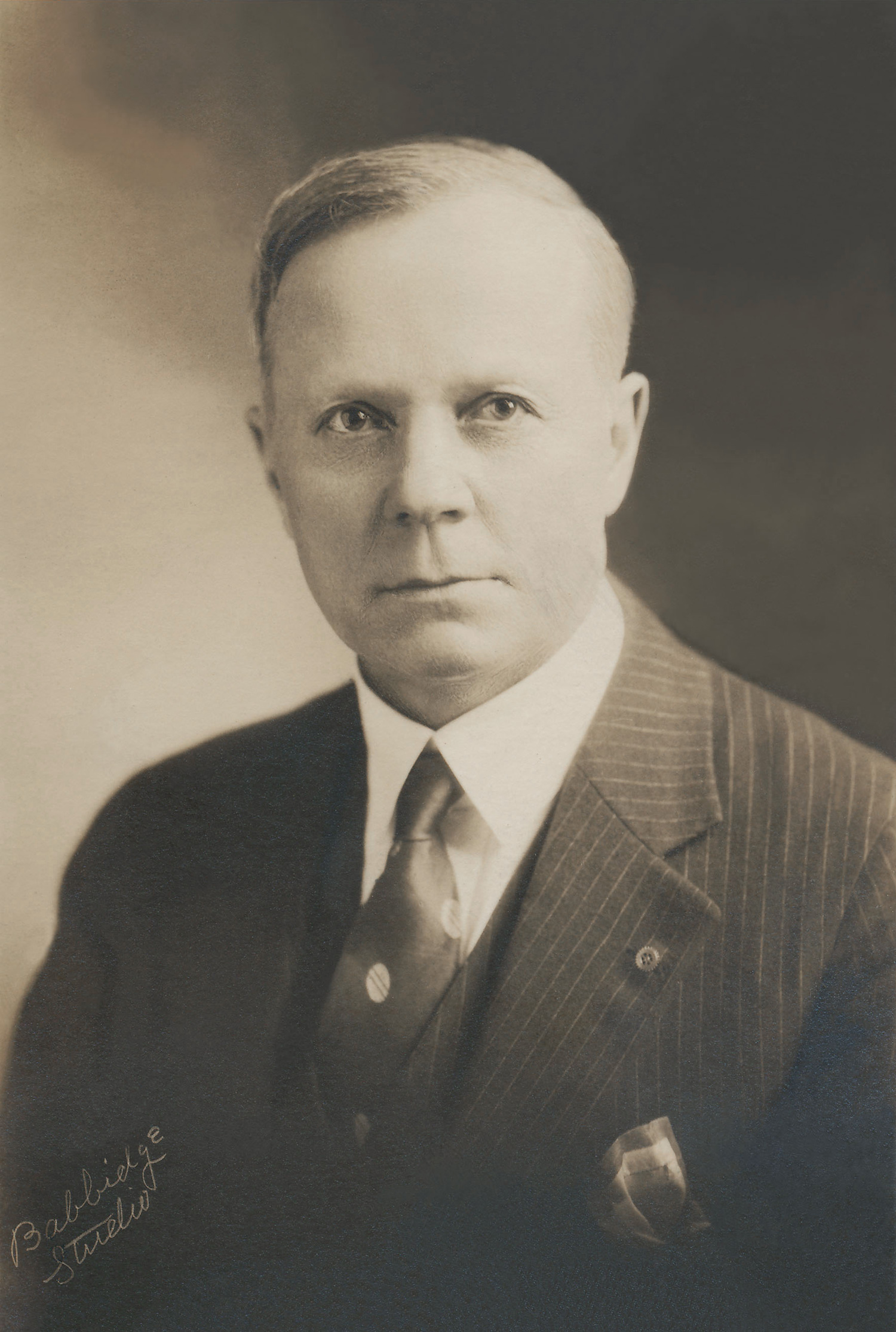 Edwin L. Brown, the master penman, engrosser, and artist, was born in Camden, Maine, in 1869. In his early youth, he manifested great interest in handwriting and pen work. In the unfilled pages of his grandfather’s old account books, scraps of paper, and on board fences he made crude drawings and flourishes. His first real inspiration and help came from G. A. Gaskell’s Compendium of Penmanship which he purchased with his first dollar. This proved to be one of the best investments he ever made for it started him on a career in which he was to become a great star and leader.

After completing a common school education, he entered Rockland Commercial College, Rockland, Maine, in 1887. A year later after graduating, he returned to the college to become a teacher. There under the training of H. A. Howard, he made rapid advancement in all styles of plain and ornamental penmanship.

In 1888, he met A. R. Dunton, the author of Duntonian System of Handwriting, and one of the outstanding men of the profession at that period. Had his books been published by a larger better known, and more aggressive textbook company, we might have today spoken of Duntonian Penmanship instead of Spencerian Penmanship.

Mr. Dunton was so well pleased with Mr. Brown’s work and ability that he gave him instruction in more advanced pen work including text lettering and engrossing and pen drawing. Mr. Brown’s life was greatly influenced by A. R. Dunton, the merciless but impartial critic whose criticisms usually proved correct and constructive.

Another great boost in Mr. Brown’s career was when Mr. Dunton employed him to assist in engrossing diplomas of the Boston Public Schools. This served to greatly improve his lettering, to give him confidence, and above all to see the great possibilities in pen work of all kinds.

He was employed for a time by the Ames & Rollinson Engrossing Studio of New York City. This studio was one of the oldest, largest, and best known studios in the country. The artistic atmosphere of this large group of artists had had a great and lasting influence in his life and work.

In 1900, he went abroad, visiting many of the old countries including the Paris Exposition, where he absorbed inspiration and feasted his eyes on work of some of the world’s greatest masters in painting, sculpture, and illuminating.

Mr. Brown has been a prolific engrosser. Very few penmen have, during their lives, produced as many pieces of high class work. He was very dependable, conscientious, and always willing to donate freely his time, ability, and skill to the profession he loved. His contributions appeared in the Educator as regular as clock work for many, many years.

In his early days as an engrosser, he made large exhibition pieces, embracing all styles of plain and ornamental penmanship. The most elaborate of these was a large drawing entitled, “Fight for the Standard,” executed in imitation of steel engraving. He designed and executed a large elaborate chart for the Independent Order of Odd Fellows which was photoengraved, copyrighted, and sold in very large numbers. He has been a constant, earnest student of all things artistic, and his drawing from casts has helped him greatly in decorative designing. For many years, he has made a study of water color and oil painting from nature and his summer vacations have been spent on the seashore, sketching and teaching.

An interesting thing about his work is individuality which he injected into every piece of work he made. It has that artistic, well designed appearance creditable only to Brown. He was a real student of designing as applied to engrossing.

In recent years, he has vacationed in Florida. There, among the beautiful tropical flowers, Mr. and Mrs. Brown have feasted on the beauties of nature and enjoyed the friendship of many of the shining lights of the profession. We regret we cannot give a complete list of names, but you may remember a few of these fine men and their wives: Horace G. Healey, H. P. Behrensmeyer, H. A. Howard, A. H. Barbour, J. L. Harmon, C. C. Craft, Sherman McVeigh, Clay W. Slinker, E. W. Stein, C. E. Doner.

The partnership of Howard and Brown, which began advertising the The Educator in 1902, has been one of long and successful duration. This successful partnership was broken only by the death of Mr. Howard in November, 1952, at the age of 89. They built up a thriving engrossing and designing business covering the entire U. S. And Canada. Both men have served the penmanship profession both well and faithfully and have won high places in the respect friendship, and admiration of thousands.

In publishing work of E. L. Brown, we, the Zaner-Bloser Company & Staff, in this small way, show our appreciation and that of thousands of others, of a great man, a true artist and one who has rendered great service to the penmanship profession.