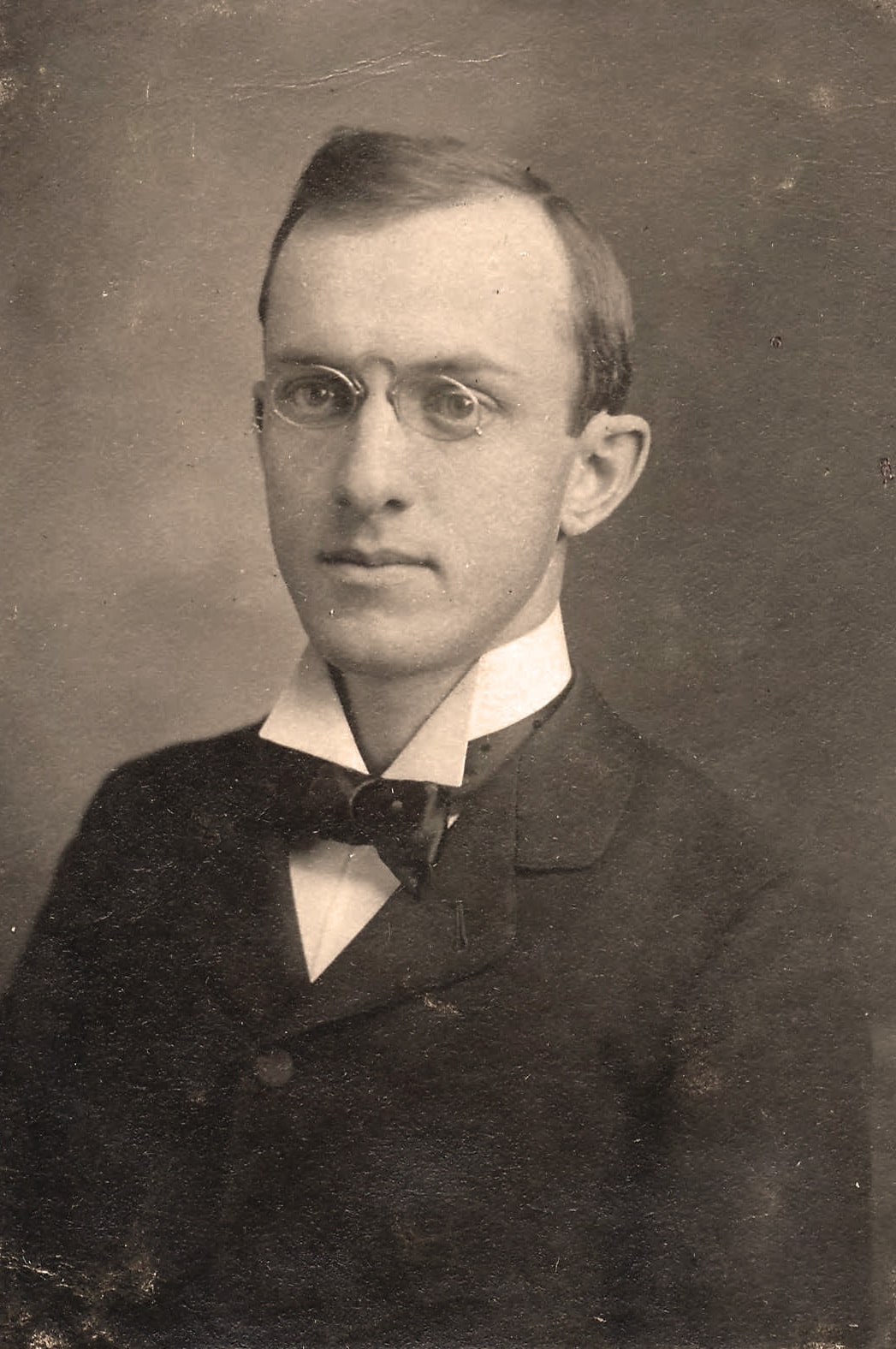 By The Editor from The Business Educator, November 1904

C. C. Canan has passed to the spirit life. Canan, the penman, is no more among us. His easily-recognized, welcome, precisely-written letters have ceased dropping in our mailbox. They have been frequent visitors the past year, and they will be greatly missed.

Thursday morning, September 29th, 1904, at the home of his parents, Bradford, Pa., the spirit of Clinton C. Canan freed itself from a frail body, and his pens are now idle. For more than fifteen years he suffered from an attack of appendicitis which at that time was little understood and consequently unsuccessfully treated. About three years ago his condition became critical and a surgical operation was performed but without avail. A second operation was resorted to which did little good, if any, following which other complications, such as Bright’s disease, dropsy, etc., developed and finally caused his death.

Last spring he wrote us regarding business and professional matters, and in his quiet, reserved manner, said his condition was becoming such he did not expect to live more than through the summer. How well he timed his departure! how heroically he wrote and wrought, none but his immediate friends can know. We who saw the strong lines become frail knew that strength was failing, but the end came as a shock, as his last missive came but a few days before the end, and with no intimation of his serious condition.

Mr. Canan entered, and graduated from the Zanerian in 1893. He was then twenty years of age. We soon recognized in him special art talents, which, with his patient, persevering practice and moral tendencies, convinced us that his position and rank as a penman was destined to be something more than mediocre. For some time we have recognized that as a penman and artist combined he was unexcelled, and that he had few or no equals as an accurate, artistic penman. This is a distinction and deserved honor which falls to the lot of but few people, and to none more worthily than to the late C. C. Canan.

From the Zanerian he went as a teacher of penmanship in the Cleary College, Ypsilanti, Mich., where he remained about two years.He was then employed by Mr. A. N. Palmer to teach penmanship and pen art in the penmanship department of the Cedar Rapids, Iowa, Business College. The work he did there reflected great credit upon him as a penman of extraordinary skill and as an artist of more than usual talent. he next taught penmanship in Shissler College, Norristown, Pa., where he became incapacitated for work and in which city the surgical operations were performed. Two years ago last spring we visited him after his first operation and found him optimistic as to his condition and uncomplaining, even when the physician and nurses had no hope of his recovery. His calm, cordial, cheerful conversation at that time will never be forgotten.

As a penman, he ranked with the famed A. D. Taylor. He was equalled by no living penman in delicate, accurate free-hand ornamental penmanship, and was an artist far above the penman’s standard. His art was not confined to the pen, as he painted in oil and water colors. The fact, however , that he did much of his beautiful and skillful work during the past two years, and until within a few days of the end, is what appears most wonderful. How one so weakened and enervated by sickness and pain could accomplish what he did toward the end, is beyond our comprehension. It is strong evidence that spirit, not flesh, ruleth; and that a cheerful, firm, unwavering disposition can accomplish that which on the part of all else would fail.

But Canan was more than a penman and artist. He was a poet of splendid ability, considering the fact that he was yet a comparatively young man and had accomplished so much in other lines, leaving so little time to satisfy literary longings. But illness brought enforced absence from usual schoolroom duties, and, as idleness had no place in his untiring disposition, he turned to poetry and as a result developed such ability before he departed that he surprised his many friends when he published his modest, little, white-covered volume entitled “Thorns and Flowers.” The introductory poem so well bespeaks his own mission in life that we give it here:

Thorns; Oh, not thorns, Just rambling, wayside flowers, Gathered in verdant bowers, With much pleasure, Far from strife. And may their fragrance brighten, Their goodness sweeten, lighten, In a measure, All of Life.

Another poem so well expressed his boundless energy that we cannot refrain from again letting him speak to you from the printed page:

A drifting ship on the wave, To idleness an abject slave, Content to be the one to lean, With no desire for man’s esteem. Ambitionless to all about, The stolid mein of stupid clout, A derelict on seas of fate, And lost to words that may berate. The world has need of active men Who wield the shovel or the pen, But he who will not sow or reap, Might just as well be fast asleep. Wake up and do; it is the day Of doing something in your way, it may be small at very best, But do it well with hearty zest.”

Penman, Artist and poet; these were his by right of acquisition and of which any one might well be proud, but he possessed that which outshines them all and, lasting and living ever, outweighs them all—uncompromising morality and manhood. Never a word have we heard against his integrity and morality. his short, full, artistic life may well serve as a model for us to emulate.