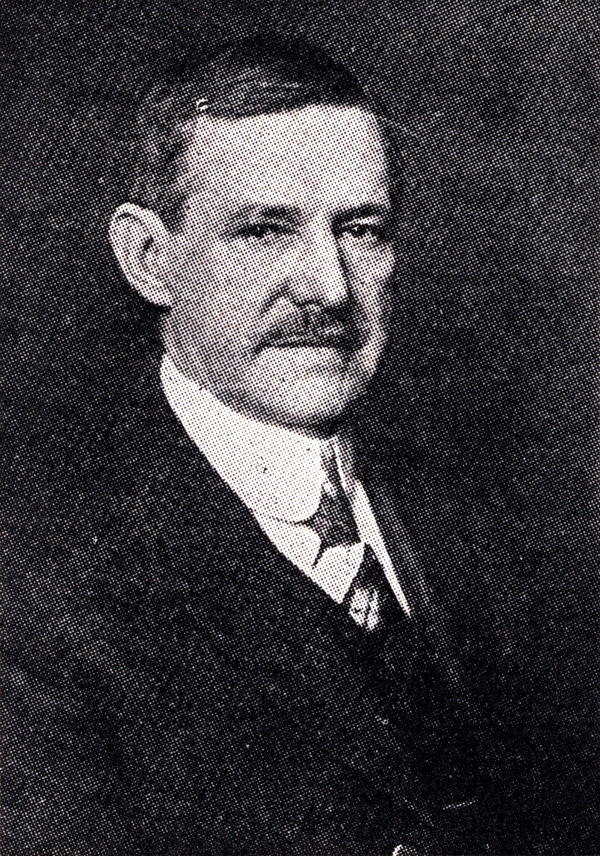 Professor R. S. Collins, formerly instructor in penmanship at Peirce School, passed away on Thursday, May 16, at Polyclinic Hospital, Philadelphia.

The funeral took place from the home of his sister, near Charlotte, N. C., a short distance from his birthplace. Services were held in Steel Creek Presbyterian Church.

Robert Samuel Collins was born March 3, 1860, in Mecklenburg County, near Charlotte, N. C. He developed a fondness for writing and drawing at an early age, and regularly took the prizes awarded at the State Fairs for the best specimens of penmanship exhibited by a boy under twelve years of age.

When he was twelve years old, he began taking special lessons in penmanship under Professor E. W. Scott, An itinerant teacher from West Virginia. During the next three years he was under Professor Scott’s instruction for about one hundred hours each year, taking, during that time, two Normal courses, preparing to teach the subject. At the age of fifteen he began teaching penmanship to the classes for the next two years. This position he held until his seventeenth year, when he entered Davidson College, North Carolina.

Four years later he entered Sadler’s Business College, Baltimore, Md., from which he was graduated during the same year. He immediately opened a business department in connection with the King’s Mountain Military School at King’s Mountain, N. C., which he conducted successfully for several years.

While in Baltimore, Spencer Brothers, authors of the Spencerian System of Penmanship, gave a course of lessons at the College, and Mr. Collins was awarded the honor of being the champion penman of the class.

He resigned his position at King’s Mountain to become director of penmanship at Goodman’s Writing Institute of Nashville, Tenn. Here the work was sufficient to require several assistant teachers.

His next position at was at Knoxville, Tenn., where he was Secretary of the Knoxville Business College, until elected Supervisor of Writing and Drawing in the Knoxville Public Schools, which position he held up to the time he came to Peirce School in September, 1895.

In June, 1920, Peirce School presented him with a gold watch, in recognition of his twenty-five years of continuous and faithful service.

In the spring of 1921, Mr. Collins announced his intention to retire from active work at the close of the school year, in order that Mrs. Collins and he might take a trip around the world.

During the next four years Mr. and Mrs. Collins traveled extensively, visiting all the principal countries of Europe, also Asia Minor, the Holy Land and the Nile region of Africa. In 1925 the made an extended trip to the Land of the Midnight Sun. Returning to America, they made a tour through the southern and western states, and Alaska.

In October, 1926, while living in Kansas City, Mo., Mr. Collins suffered a serious breakdown in health from which he never fully recovered. Early in 1928 he came east, and resided in Atlantic City until a few months ago, when he came to Philadelphia for medical aid.

In the death of Mr. Collins the profession has lost one of its ablest leaders; one who ever kept alive the best traditions in penmanship. He will be greatly missed, especially by those whom he trained to carry on in the field of penmanship, to whom his example was always an inspiration, and to whom he was ever a wise counsellor and a true friend.