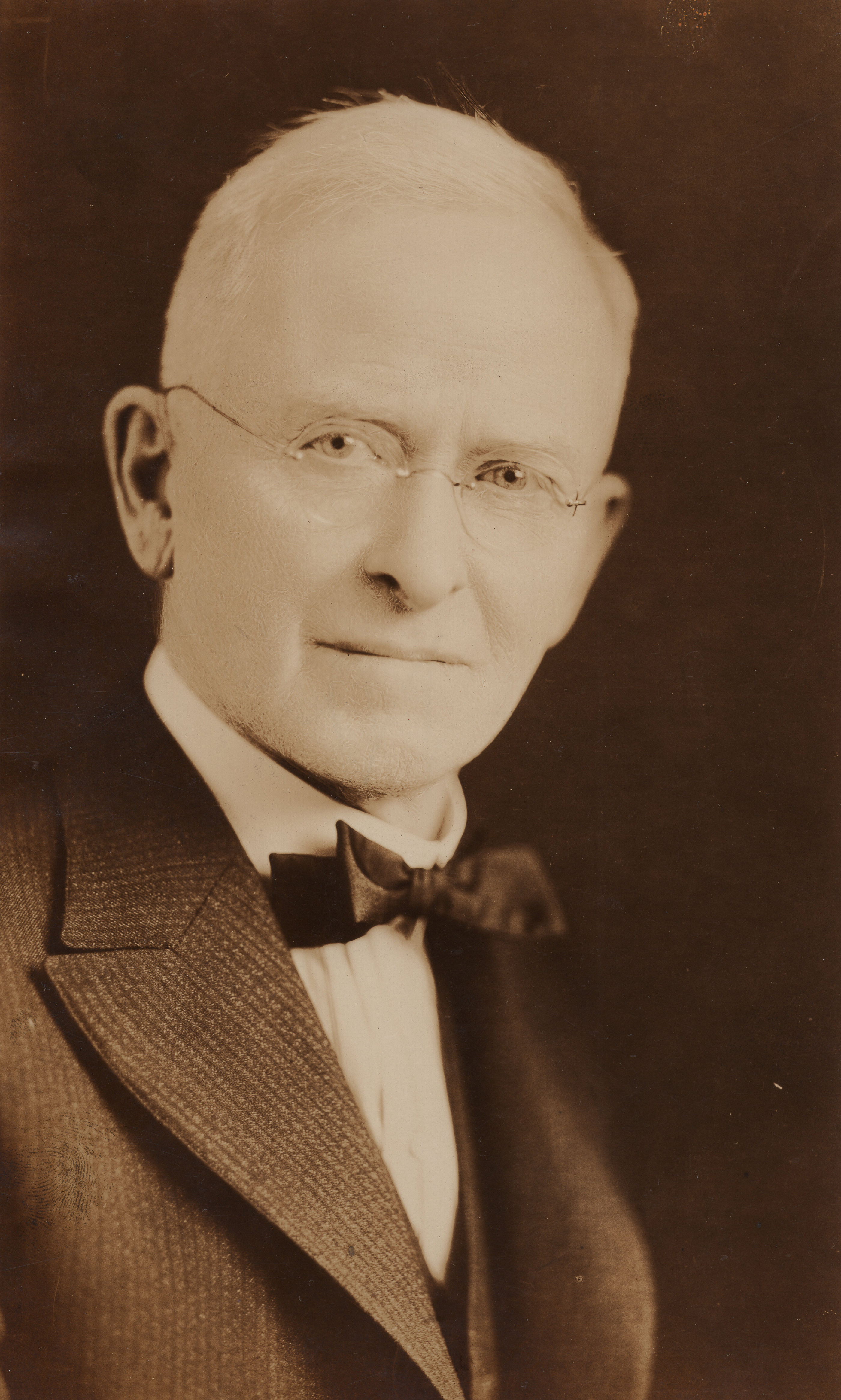 Biography of J. A. Wesco

J. A. Wesco was born in 1855, in Lehigh County, Pennsylvania. When fifteen years old the family removed to Monroe County, Iowa. At the age of sixteen he took lessons of traveling teachers. He bought a copy each of Gaskell’s and Musselman’s Compendiums, and began to write a handsome style. At eighteen he taught writing in the high school at Lovilia, Iowa. Now fully aroused to the possibilities of attainment by study and practice from the aids mentioned, he resolved to become “a great penman.”

He attended a business college and completed the full business course. Mr. Wesco is now in Portland, Oregon. He is a young man of prepossessing appearance, and a good teacher. At the Portland Mechanics’ Fair, which began its annual exhibit a month after his arrival at Portland, Mr. Wesco first exhibited his work to the people of the Pacific coast, where it was placed side by side with the productions of other penmen who claimed an established reputation for unapproachable excellence. He was awarded the first prizes for plain writing, card writing, lettering, flourishing and pen drawing.

Historical Sketch of J. A. Wesco

It does not fall to the lot of many men to retain and to produce at the age of seventy-seven, pen art which equals in beauty and accuracy the best work of acknowledged pen artists today in their prime. John Wesco is a living example of this exception. On the front cover and throughout the pages of this special issue of The Educator appears silent but convincing testimony to this marvelous skill.

John A. Wesco was born in Lehigh County, Pennsylvania, Aug. 29, 1855. His father was a member of the local commercial club, whose principal interests were supplying the community with band music and sponsoring famous concert stars. It was this experience which was responsible for the son’s lifelong interest in music.

At the age of fifteen, young Wesco with his family moved to Lovilla, Iowa. At the time this was truly a moving westward— real pioneering with its attendant hardships, dangers, exhilarations. Here were stern realities. A strenuous life—that of early pioneers, who literally wrested a livelihood from the soil, and this without the many modern conveniences that today make farming so much easier. The foundation was laid in those early days of struggle for his present marvelous physical preservation. The numerous youthful tussles, fights which seem inseparable from red-haired, freckle-faced boys, also played their undeniably important part in this physical development. Guiding a plow through virgin prairie soil, attaining the distinction of plowing the straightest furrow of anyone in that district, was hard work, but it was good healthful work, too. This capacity for physical accomplishment was a direct heritage from his father. From his mother, Wesco received those artistic qualities which have influenced his entire life. Amid the harsh exigencies of frontier life, she executed intricate needlework. She managed somehow to pass on to her son, John, a definite culture and refinement which characterize the man today Here was engendered in this pioneer boy a deep love and appreciation of beauty. It was doubtless this influence, in part, that led Wesco to take pride in his early penmanship—to make more than ordinary effort to attain a degree of perfection. These early beginnings had their inception in a little log school house, a symbol of American culture and leadership. 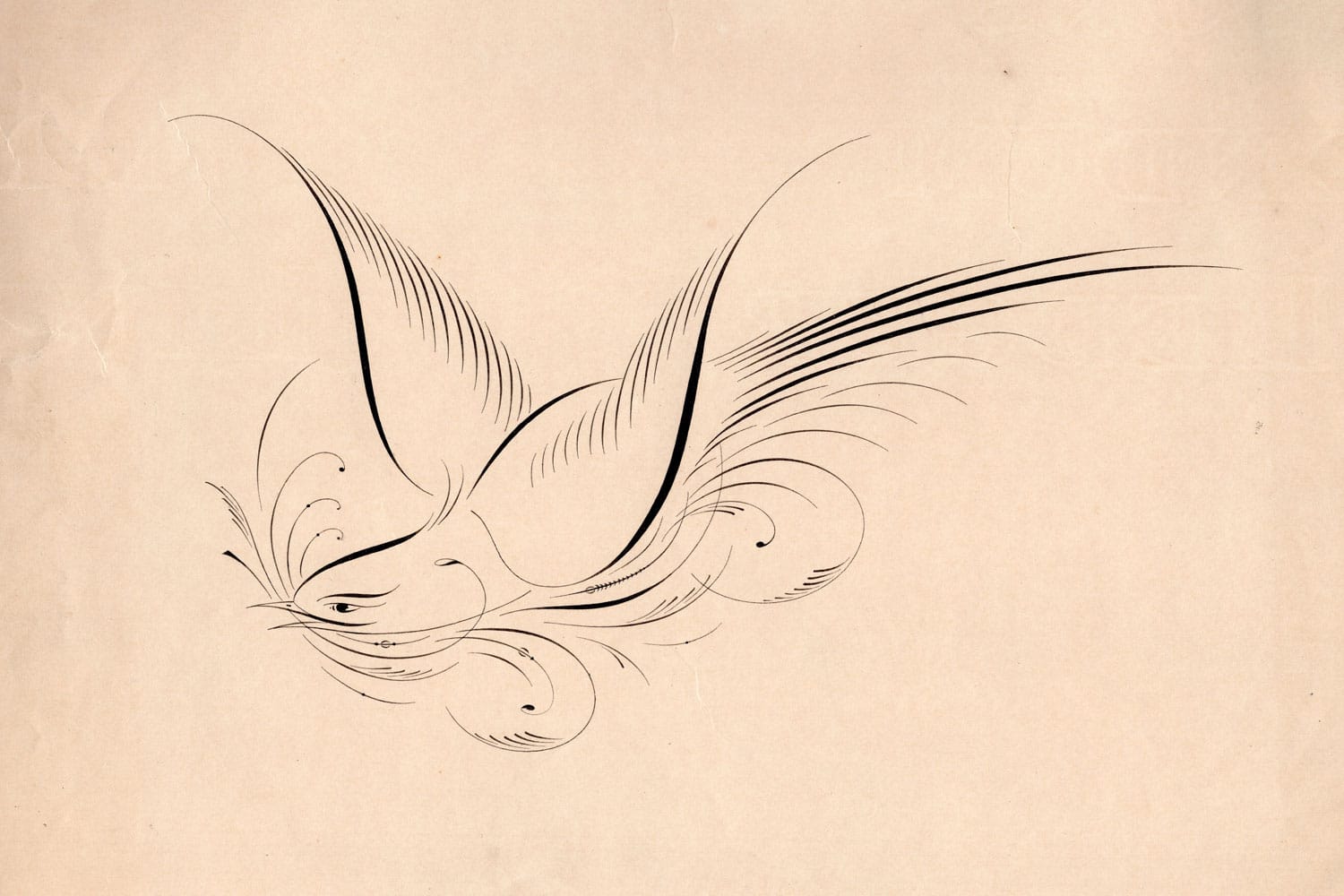 His father realized that to succeed the boy must be equipped with a thorough business education. Accordingly, at the age of twenty-three, John began his study of business fundamentals in the Gem City Business College, Quincy, Ill. He completed the regular commercial course, and added a normal course in penmanship under the then famous D. L. Musselman.

In explaining his philosophy of success, Mr. Wesco says,

My greatest problem in my student life, was not practice alone, but making the arm the servant of the mind, which so many in this work seem to think the most necessary and essential quality of effort. While the other fellow was using his muscle, I learned to concentrate in learning how to do, and directed my efforts accordingly. Aimless practice never accomplished any real progress. Purpose has a lot to do with development. I made up my mind early that a goal could not be reached unless one knew the way and I have never changed my mind in regard to that.

That grand old penman, Musselman the senior, was a very definite influence in Mr. Wesco’s life. His special interest in the boy was evidenced by taking young Wesco to his home where the first few days were spent in intensive penmanship study and practice, with lessons in the art each evening. When Wesco started in the college proper, he had a definite sound foundation upon which to build. All this reflected on Wesco who resolved more than ever to become a master penman. It was not long before Musselman discovered that he had a pupil of extraordinary ability, combined with a keen perception and power of concentration, made it possible for him to make unusual progress. He used his mind as well as his muscles. 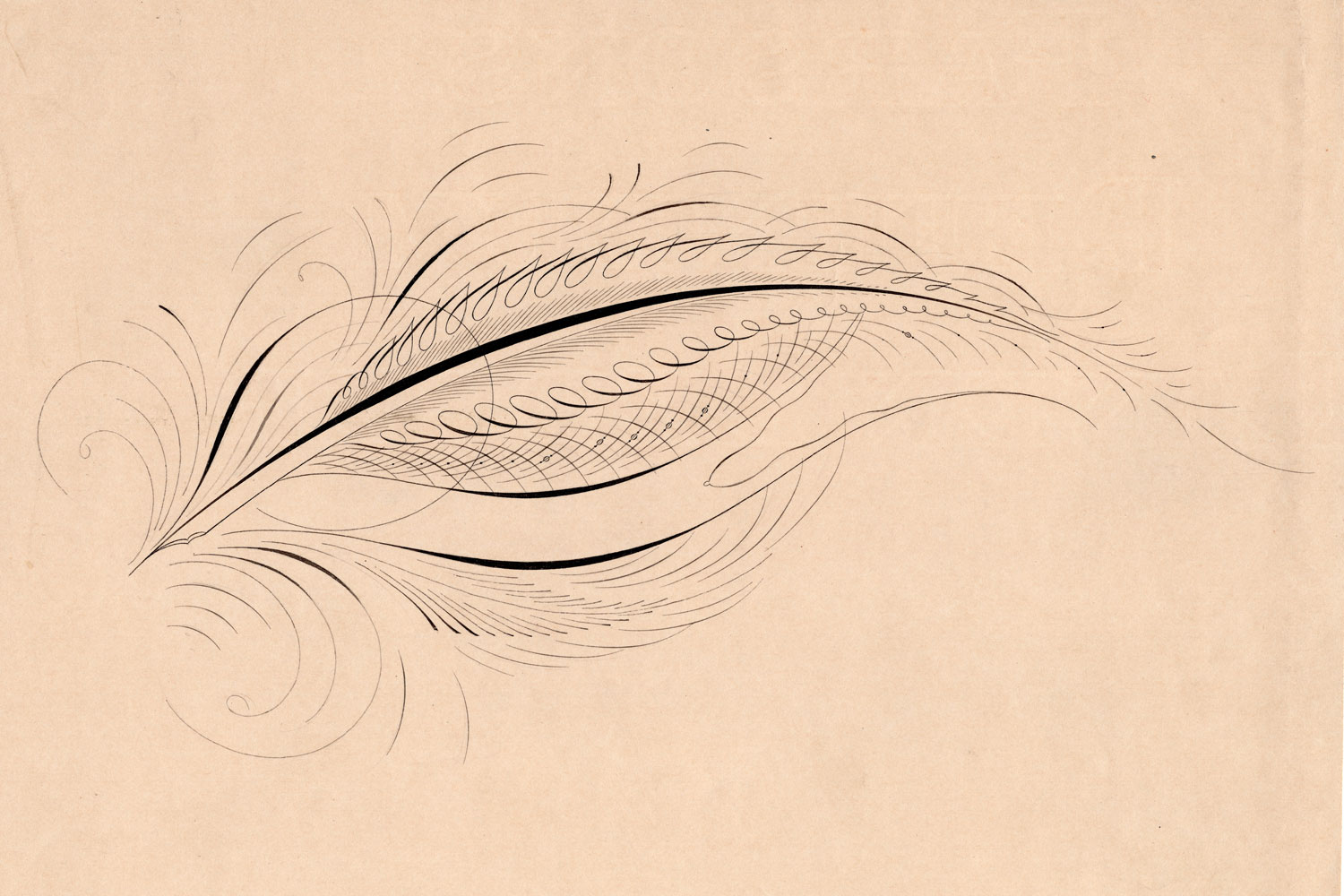 He was not obsessed, like the present-day student, with the desire to rush through his course in breathless haste, but allowed himself the time to get the quality of line and stroke that most of them miss in their eagerness to rush out in the world. It was this desire for perfection at any cost that made it impossible for Wesco to be satisfied with half-way methods and that made him master of mind and shade of such quality that if often required a magnifying glass to determine how the work was done.

Wesco was also privileged to be numbered among the star pupils of the famous Gaskell. It is of more than passing interest to recall that Wesco was one of four pen artists selected by Gaskell as the outstanding artist of that day.

During his stay in Quincy he became interested in music, especially the violin. It was there he fell under the spell of that wonderful teacher of the violin, Phil Nauman, who fired his artistic and music-loving soul with ambitions and resolves. This new love led him eventually from the Pacific Coast, where he had found an outlet for his penmanship genius in the Portland Business College, across the continent to Boston, where he studied violin making and its music.

In 1884 he was married to Miss Emily W. Abner, of Pittsburgh, Pa For forty-one years Mrs. Wesco’s understanding, sympathy, and wisdom guided her husband, supporting him in moments of doubt and uncertainty, and inspiring him to highest attainments. The death of Mrs. Wesco in 1928 ended this happy union. Her passing was a great shock to Mr. Wesco; and it was only the thought that he had a great work to do that sustained him in this great loss.

Their one child, Eleanor, shared his sorrow. With her husband and young son, she lives in Spokane, Wash. She is red-haired as her daddy ever was, imitating perfectly her father’s temperament in everything—even his artistic inclinations.

Mr. Wesco spent some time in Iowa teaching and studying his favorite subject, penmanship and music. It was in Lincoln, Nebraska that he came in contact with another master penman, D. R. Lillibridge. Wesco served the Lincoln Business College for a time, but the feel of the Coast country was in his blood and he listened to the call, returning to Portland, he was employed by the Holmes Business College. On the completion of his contract for the first year at Holmes Business College, he was engaged by A. P. Armstrong of the Portland business college, where he remained in continuous service until 1901, when he resigned to engage in a mining promotion project.

In the fall of 1903 he was again associated with the Portland Business College, devoting part of his time to supervision and instruction, and the remainder to his private pen work, music, and violin making in an office he has maintained for the past thirty years.

Mr. Walker of the Behnke-Walker Business College was fortunate in securing Mr. Wesco, about 1910. It was during this period that Mr. Wesco perfected the famous “time-and-count” analysis of writing.

Through the influence of his many friends, Mr. Wesco was elected, in 1914, to the position of Supervisor of Penmanship in the Portland Public Schools, a position he has held with much credit. The Wesco system of writing was adopted in the public schools of Portland. The fact that for the past eighteen years it has been constantly in use is an eloquent tribute to its merits.

In the thousands of memorial and resolution engrossed by Wesco, it was not alone the rare beauty and accuracy which aroused admiration, but the remarkable speed with which they were made. Another interesting fact concerning his professional work was the absence of any preparatory practice to get into shape to produce his masterpieces.

During the early years of Mr. Wesco’s interest in music, he became interested in the structure of the violin, and no other accomplishment so reflects his artistry as the delicate remodeling of an old masterpiece, or the building of a new model out of some rare piece of long-seasoned wood—wood that has served in the belfry of some ancient church, cathedral or mission: or perhaps, has weathered the storms of the ocean as part of a great vessel ploughing the seas around Cape Horn a century ago. His skill in repairing famous violins has circled the globe. Rare and priceless interments come to his hands from the musical centers of the world—Paris, Vienna, and others. The violins which he has made may someday be recognized with those of the old Masters. Those who appreciate violins at their true worth—for their tone capacity and quality, and not for their actual age alone—rank these instruments with the very best.

Aside from his accomplishments in penmanship and music, he is the recognized handwriting expert of the Pacific Northwest. He has had hundreds of cases in the courts and many hundreds have been kept out of the courts by his almost uncanny detective proclivities and deductions. Among some of the famous cases of national importance are the anonymous letter case at Fort Stevens, Washington; the McKinley-Ware Land Fraud Cases, involving the whole Interior Department of the Government, and many office holders and prominent politicians; the Olympia, Washington Referendum case; and many others. With this, like his other activities, he has remained entirely in the background as a personality, seeking no publicity, shunning the limelight. The recognition which he receives today, is due, not to any aggressiveness of his, but rather to the fact that genuine ability and merit are appreciated by people at large wherever found.

To the many expressions of appreciation which Mr. Wesco is constantly receiving from all parts of the country, it is a pleasure to add sincere wishes for his continued good health and success.